Technology Addiction--Teens and Even Adults

If you find your child appears overdependent on technology devices or Internet sites--you are likely correct...........for example-- see link below--very relevant and informative........

“Technology addiction” can be broadly defined as an inability to control one’s technology use due to a dependence developed through emotional, psychological, social, environmental, and biological factors. This means that an individual may have difficulty with impulse control when it comes to technology usage, be it the internet, gaming, texting, smartphones, social media, or otherwise.
The above definition is purposefully broad to align “technology addiction” with the more general definition of addiction as provided by the American Psychological Association(APA). The APA defines addiction as: “a chronic disorder with biological, psychological, social and environmental factors influencing its development and maintenance.” 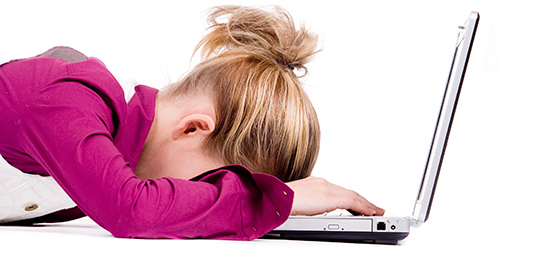 Do you have a technology addiction?

Rate each item on a scale of 1 (“completely disagree”) to 7 (“strongly agree”) and tally up your total score to find out. Be honest!
NOTE BY ATTORNEY OF THIS FAMILY LAW  BLOG:

In addition, PARENTS that allow their children to over-engage in various technology-related issues could be partially at fault, since the legal custody of children involves the health/welfare of the child.


A divided Louisiana Supreme Court has disbarred a lawyer who used Twitter and an online petition to urge readers to contact two judges she accused of being unwilling to consider the evidence in two custody cases involving allegations of child sexual abuse.

The supreme court disbarred 52-year-old lawyer Joyce Nanine McCool in a June 30 opinion (PDF), noted by the Legal Profession Blog. A hearing board and the disciplinary board had recommended a suspension of a year and a day, but the four-justice majority on the state supreme court said disbarment was warranted. Three dissenters would have imposed lesser discipline.

The majority opinion said McCook displayed an “utter lack of remorse” and a “defiant attitude” by asserting her actions had First Amendment protection.

According to the court, McCool’s social media postings contained many “false, misleading and inflammatory statements” about the way two judges were handling the cases. Among the untrue statements were assertions that judges had refused to admit audio recordings of children talking about alleged abuse, although the recordings were not offered into evidence at that time.

The court also said McCool had solicited others to make ex parte contact with the judges—and with the state supreme court—to express their feelings about the cases, which were sealed domestic proceedings.

The court cited several examples of McCool’s advocacy, including this tweet: “GIMME GIMME GIMME Evidence! Want some? I got it. Think u can convince a judge to look at it? Sign this petition.”

Another example was this blurb: “Please sign the petition, circulate it to all of your friends and families and call Judge Amacker and Judge Gambrell during the hours of 8:30 to 5:00 starting Monday, August 15 to ask why they won’t follow the law and protect these children. Let them know you’re watching and expect them to do their job and most of all, make sure these precious little girls are safe!”

McCool had claimed her actions were protected by the First Amendment, but the argument didn’t persuade the supreme court majority. “We disagree and take strong exception to respondent’s artful attempt to use the First Amendment as a shield against her clearly and convincingly proven ethical misconduct,” the court said.

“The appropriate method for challenging a judge’s decisions and evidentiary rulings, as respondent even conceded, is through the writ and appeal process, not by starting a social media blitz to influence the judges’ and this court’s rulings in pending matters and then claiming immunity from discipline through the First Amendment.”

McCool told the ABA Journal in February, after the disciplinary board recommended a suspension, that she “was willing to stand up to two judges who ignored the law. … I thought that was what our oath demanded of us and it is why I became an attorney.”

The suspension recommendation, she said at the time, doesn’t do “anything to protect the profession or make it more ‘honorable.’ ”