Can You REDUCE Your Spousal Support?

Does this look like your ex shopping online spending all the spousal support?

In some cases, if there was no advance preparation for working on spousal support, and your ex never worked a day in her life, or was just plain lazy, or she did work, but kept getting fired-- all of these are good reasons not to get married again.....On the other hand, if you genuinely still like your ex, and you just can't really afford to pay her, you need to consider everything.... and I mean everything.

When you either went to court last, or were fighting in court, did your attorney tell you there were or were not any options re paying support? Did you definitely give the ex anything just to get rid of her complaining?  Did you understand how support is calculated and whether a workout was even possible?  Did you own property and attempt to cash out your part and then trade that for years of paying?
Did you have too much cash on hand or inherit a good sum where you did not even care how much she got?  Were you involved with increasing your child share time?  Did you waste most of your money on gambling, vacations or bad investments, or even other women?  Did you lose too much money in bad real estate transactions?  Did you have too much separate or community debt and failed to explore bankruptcy liquidation or wage earner planning?  Did you fail to size up what community debts/assets you took or didn't take, and then ended up on the losing end?

Once in awhile, in long term marriages, it is not entirely possible to reduce or pay less spousal. However, because the spousal is based in part, on the ability to pay, it actually IS possible to set up methods of having to pay less. Of course we are not talking about illegal methods. There are usually tradeoffs that can be considered. Attorney understands that it is highly upsetting to consider renting for the next 8 years while the ex not only gets the house, and lives in it, she still doesn't even work?  For these issues to be minimized or eliminated, one really has to get that thinking cap on.

Attorney is NEVER in favor of  (a) giving away anything, unless it can be rationalized elsewhere (monetarily)  or (b) keeping everything, because it's out of spite   (c) ignoring attorney, because you do not care anymore    (d) failing to keep track of finances, because of whatever reason  (e) being unreasonable, because you are driving up the ex's attorney bill on purpose....

Did some judge tell you that if your completely separate
real property was under water, that even
though you contributed
all the cash, traceable funds
into that real property,
that he would just give that property
to the other party because of some family law code??!!!
..and that you just lost your hard earned cash ($100,000)
you put down because judge knew what he was doing???

Believe me--that is definitely the WRONG ANSWER
from any legal perspective.
You don't need to be a family law specialist to know
that lack of "equity" in separate property means
you just give it away to the other person!!!!
Wrong, wrong, wrong!!!  Do not ever let this happen to you.

New Alimony Law Affecting Payors in 2019--Are You Ready?

The Tax Cuts and Jobs Act (TCJA) eliminates the alimony DEDUCTION for the payor spouse as applied to divorce orders or modification orders executed on or after 1/1/19 if the modification states that the TCJA applies. POTENTIAL payors of alimony may want to obtain a divorce agreement or order before the end of the year. 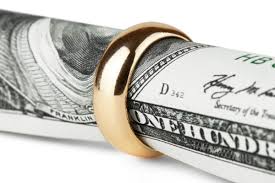 Conversely, recipients of alimony may want to hold off until 2019 so that the alimony payments are non taxable.   https://www.law.com/newyorklawjournal/2018/03/19/marital-dissolution-planning-after-the-tax-cuts-and-jobs-act/?slreturn=20180611105622

Without the alimony deduction as to the payor's taxable income,  the payor would have a tax increase, therefore obtaining the order prior to the cut off will likely end up saving the payor some funds in many cases. It is suggested that contacting your tax consultant is a wise idea.