DIVORCE, FACEBOOK, AND WHY YOU COULD BE IN TROUBLE...

Probably unknown to most divorce litigants, just about all savvy family law attorneys understand the ramifications of Facebook as evidence. Posting online to Facebook prior to divorce, during divorce and after the Petition has been filed, can all be used as evidence if it is relevant to the case.

As was seen in a non divorce case in Massachusetts, where a girl used her cell phone to text and tell her sorta-kinda-boyfriend that he should get back in the car when he was trying to commit suicide, and he did, and he died--this should be a rude awakening for the dummy dum-dums out there, that continue to use their phones, texts and Facebook (just to mention a few)--- during problematic times. The girl was convicted of  wanton and reckless criminal behavior:

Teen girl who texted boyfriend to kill himself guilty of manslaughter

Michelle Carter responsible for beau's suicide, decides court    Kieren McCarthy in San Francisco 16 Jun 2017 at 17:2 (link to The Register article)
..
......The two then spoke by phone, and Roy went through with his plan, dying of carbon monoxide poisoning on July 12, 2014. Carter later texted a friend and told her she was "talking on the phone with him when he killed himself ... I heard him die."

Carter waived her right to a jury trial, meaning that the verdict was delivered by Massachusetts Judge Lawrence Moniz. He found her guilty, calling her actions "wanton and reckless conduct" and noted that she had caused his death "by instructing Mr Roy to get back in the truck" – something that she knew would result in "a high degree of likelihood that substantial harm would result."

The verdict is unusual – since Carter was not physically present when Roy killed himself – and represents a shift in recognition of the impact of modern cellphone technology..... 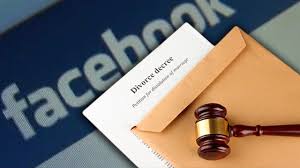 Even if recording someone in California is illegal (if you don't disclose it to them first)-- if something happens that is extremely bad, it is possible that the recording might be used for some purpose against whoever is charged with some unlawful action. As can be seen in this case above.....

Fact:  in nearly all cases which go to Court, attorneys realize certain things can be admitted over an objection. For example, one might object to a statement by one person which is then told by another person, but the first person (who made the statement) is not in the Courtroom--let's say it's a hearsay objection....In Family law, we do not see as many objections as in criminal and difficult civil litigation.  Nevertheless, those issues can come up, and those objections need to be lodged to preserve the record. Intent is often proven by conversations and actions, therefore any relevant conversation immediately needs to be examined for potential objections if such conversation is key to your case.

The bottom line is that in today's technology-oriented world, voice recognition devices, phones, and all electronic devices are fair game in evidence. Complicated discovery rules are being used and promulgated to address new electronic related issues.  So if you plan to shoot off your mouth these days, better be aware that all of it can and will come back to haunt you-- and especially in criminal cases and divorces.

WHY YOU AREN'T GETTING RESULTS IN YOUR CASE?

Family law litigants are usually stressed out, unhappy, and are not pleased when Judge does not give them what they want, or ignores what they have said...........this is pretty much typical when cases first start for many people.   Family law cases involve huge amounts of emotional upheaval due to the family unit being disrupted, so this is not surprising.

In some cases, resorting to mediation (of the entire case) is used, but mediation of entire case means that neither client is personally represented. Instead, the parties agree and work out whatever it is that needs to be resolved.  The danger in this, is that usually only one attorney facilitates the mediation.

And since legal advice to one party or the other is not given (because the mediator does not represent either party) the parties are basically just agreeing to do or not do whatever, on their own, unless they have actually hired separate attorneys to advise them.  If the judgment on the case is agreed upon in this fashion, sometimes the parties later realize they made a mistake or error in choosing whatever they chose at that time.  In fact, stipulated judgments on the record where both parties are represented in court, are usually not set aside unless there are some errant circumstances or exceptions.

This means difficulty in setting aside such a judgment, as the California Family Law Code has specific rules for setting aside orders/judgments; there are specific time limits and requirements; in addition the CA Civil Code/or CCP will or may affect it as well.

Many issues are set to be heard at law/motion calendar (by a Request for Order motion)...there is not much time allotted for these hearings. Therefore, issues which are complicated usually cannot be resolved in such a short time; however, certain steps can be gained to set up the foundation for a winning strategy. Most of family law issues can be broken down into sections and tackled separately ahead of time via careful planning. Attorney herein is often inherits cases from other attorneys who have not made much progress in producing results.