Save Money on Setting Child Support?

Most people realize that if they utilize the Dept. of Child Support Services (DCSS), obtaining support
may take awhile, but the Department does not charge the client in order to obtain the support from the paying parent.
In many cases where the paying parent has a job where the employer is a business
that is medium-large, or will clearly issue business checks or direct deposit, there may not be many issues.  However, if there is an employee working for a family owned business, or the worker is self employed on a cash basis, or the worker does odd jobs and doesn't have a checking account or pay taxes, or (just an example) is engaged in illegal sales of whatever (drugs, illegal goods, etc.) then
using the DCSS may not work. 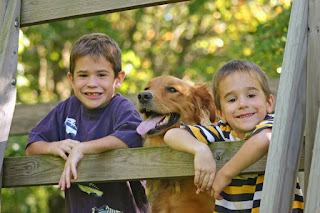 Attorney will routinely see cases where clients go to court for child support, and will pay attorneys to carry out the process. Although some of these clients may do well to utilize attorneys, many cases can actually be handled with DCSS (as it does not cost anything).... Whether a client may be treated better by family law judge using the Dissomaster v the DCSS using the same Dissomaster is debatable. However some clients do not care to go to DCSS support hearings and simply would rather pay their attorney. DCSS essentially has a very wide basis of enforcement and tracking ability throughout the United States. DCSS can routinely work with other states for enforcement. It may take awhile, but it is done. This also applies to potential contempt issues.


California victims of domestic cyber abuse will now be able to get restraining orders against out-of-state abusers. The new published appellate opinion is binding statewide legal precedent that can be cited in any CA trial court case where the abuse survivor wants to obtain a restraining order against someone who committed an act of domestic abuse from another state, (i.e. cyber harassment or electronic abuse) as long as the survivor was in California at the time of abuse.


The universal pervasiveness of social media has made it exponentially easier for ex partners to commit domestic abuse, cyber harassment, and other forms of online predatory behavior across state lines. This new ruling in effect extends the intention of California’s Domestic Violence Prevention Act to include modern electronic communications from out-of-state parties. 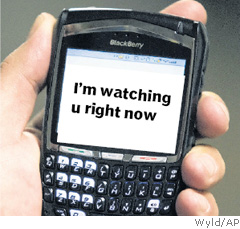 will go into effect with the aim of closing this loophole for good. AB 3067

RELATED: Pot deliveries can be made throughout California, regulators say

Lisa Buffo, Founder and CEO of Cannabis Marketing Association, says that this

new law mainly clarifies some of the language that was already in effect.

images of anyone under 21. Before, businesses were not allowed to use

depictions or images of minors under 18," Buffo says.

professionals within the cannabis industry. Buffo aims to keep people in the

industry informed and, in doing so, close the education gap between cannabis

cannabis," Buffo says. "Speaking to the media and educating the press about

what your business is doing is one way to reach an audience."

PRCMDC currently prohibits an operator of a website, online service, online or

disclosing, or compiling, or allowing a third party to use, disclose, or compile

the personal information of a minor for the purpose of advertising certain products.

AB 3067 expands these current regulations on privacy for minors, making it

harder for advertisers of cannabis and tobacco paraphernalia to reach internet

and app users under the age of 21.

The law is ultimately designed to protect minors.
---------------------------------------------------------------------------------------------------------
Blogger:  To be honest, making it "harder" for advertisers to sell weed to minors online
is basically not going to stop kids from the bud.  It doesn't take rocket science or a
professional advertiser to know this, *however* if an ad company doesn't want to break
a law, then that advertiser just has to be aware of the laws involving minors/weed.
In other words, just because depictions of kids smoking weed aren't visible, this will have
little effect overall on the kids that want to smoke weed (no matter what age)...there are
going to be potheads whether it's popular or not. Nothing has really changed that much
since the 70's except now everyone uses the Internet, and people seldom play records or
even own a clock, kids don't want to drive, own a car, or move out from their parent's home.
Maybe it has gotten worse? LOL  The baby went to CPS, felony child endangerment, etc.
https://abc13.com/mom-arrested-after-facebook-video-shows-baby-smoking-pot/3243645/
REALITY:  People apparently are pretty stupid, as evidenced by this case. But at least it
was not worse, had she not put it on FACEBOOK, she probably wouldn't be in jail...
(video shared over a million times; police encouraged people to report 'crimes'...)