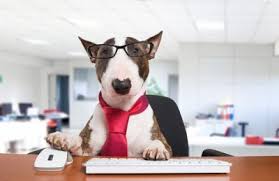 Attorney has Background and Experience with Animal Law

Attorney has past experience with legal cases involving breed specific legislation,
which usually will include dogs commonly known as APBTs, pitbulls, and other bullies.
The laws, unfortunately, have not all been kind to the dogs. Despite much hype about APBT dogs
and how great or not great they are, the truth is that when the APBT dogs were originally brought to the USA, they were about 35lbs and basically not a large dog. It is true they were originally
developed and used in England for fighting. The dogs were bred for the fighting purpose but
were not bred to be attack dogs against people.

Unfortunately people in the USA started
breeding down the APBT dogs with Molosser type dogs/then later, idiots would purposely
breed such dogs with other dogs, hoping to create man stopper type dogs. Again, unfortunately
the mixing of breeds like this creates completely unknown traits in dogs and can, or may lead to
dogs that are both unstable, untrustworthy, and vicious. So when we read about dogs killing
people, we will often see claims that such dogs are "pitbulls" when there is no proof that this was
actually a pitbull. In fact, many of the dogs will not even resemble an APBT.

It should be noted
that APBT (original fighting dogs) are not the exact same as the other "pitbull" types (Am Staff,
bull terrier, staffy bull terrier.)  "Bullies" (low/slung close to ground,often overmuscled) are not
considered a breed. However there is a devoted following to such dogs for showing off. Those dogs are usually too low to the ground and generally not considered a fighting dog.

However when any
dog which carries the trait of being a fighting dog [regardless of breed] is mixed with another
breed, it is not possible to predict the temperament of such dogs. Therefore, we can see why
dogs in shelters are impossible to predict as to which,if any, might kill, and stories and news
report online show us that shelter dogs which are commonly adopted out [especially APBT
types/mixed APBT/unknown breeds] have definitely caused harm to people nationwide.

For example, that NOT great shelter in San Diego (Humane Society) adopted out a sizeable
dog which highly resembled a blue APBT about 50lbs; they claimed it was temperament
tested. A foolish family, very dumb apparently--- with a NEW BABY adopted the dog,
and allowed it to sleep in bed...with them/the new baby?  Folks--this is sheer, outright
stupidity on both the part of the shelter and the people who bought this dog. When we
read that the dog killed the baby right there in the bed with the parents there, by
biting the baby's head, we were NOT surprised at all. ONLY A MORON WOULD EVEN
ALLOW SUCH A DOG TO BE ADOPTED TO ANYONE, ESPECIALLY ANYONE WITH
KIDS!!!!!

Yet shelters can do this because they claim to "temperament test" the animals
and then there is no liability.  A lawsuit on this would be difficult, because many stupid people
exist, and many stupid people will buy unknown dogs, and then sleep with it. and their BABY.
It would be an interesting trial if it ever happened, on both sides of the case. I suspect a jury
would not side with the people who bought the dog, because they have no common sense.
Further, we would suspect in a rural area, jurors would not vote for the dog buyer; in a city
like San Diego, which is horrifically animal rights oriented, a jury MIGHT vote for the dog
buyer/dead baby family. MAYBE. not for sure.

Attorney has worked with dog experts and other experts involved in the animal law field, including the animal expert that was used in the famous First Amendment speech case against a video seller who had a historical video being sold on the history of dog fighting.  Attorney is also familiar
with laws designed specifically to curtail the breeding of dogs generally, and where new
laws have been passed which claim to stop the sale of commercially bred dogs. Unfortunately
stopping sales of such dogs will do nothing to save shelter animals, despite the hype often
cited by animal activists. Most animal activists are just that-- activists. Their claims are
often not borne out in serious data, but their stories are legendary. The activists want to sell the dogs, they don't want bona fide breeders to sell anything, much less good dogs with sound temperament.

It is an unfortunate fact that domestic violence (DV) cases can often be linked to animal abuse cases.

If in fact you have a DV or some type of restraining order, or a protective order, it is often possible to include animals in the request. Also, a person being accused of having abused an animal, or if  he/she is already charged criminally with abuse (against person or animal) then this should be known to the attorney handling your case. Attorney has worked with many animal cases, and is familiar with the regulations that may apply. 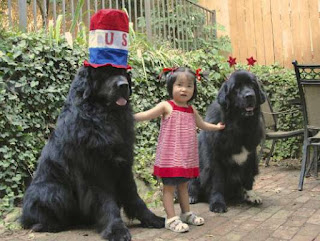 Attorney herein is more than well versed on both DV cases, and animal cases, whether it involves being the victim or the assailant.  Having done both plaintiff and defense work, attorney can better understand the defense or plaintiff's factual basis and exact details which will lead to a better result for the client. We can never guarantee results, but attorney has had plenty of cases with good outcomes, especially difficult cases. Some cases we already know simply cannot be won, but other things can be changed to better the result.

So if you have a difficult case, you might consider calling attorney today. There is no charge for phone consultation in most cases, and you will find that attorney is very down to earth and definitely not like most attorneys.