Apparently even the ABA has taken note of this....most clients find the app is on their phone after their phones start acting up.  We just noticed an ABA article on  this issue: http://www.abajournal.com/news/article/phone_apps_used_for_stalking_can_endanger_domestic_violence_victims_but_be ...... [V]ivian Huelgo, chief counsel of the ABA Commission on Domestic and Sexual Violence, says lawyers have found “some really creative solutions” for admitting evidence into court when they do have it. But often, she says, it’s the first time the lawyer has tried to admit such evidence, as well as the first time the judge has dealt with the issue.
“So everyone is kind of fumbling in the dark, trying to figure out how to admit these pieces of evidence,” she says. “I would submit it’s happening more and more every day.”
The Commission offers training to lawyers on topics related to domestic and sexual violence, and has partnered with the NNEDV for years for training on abuse, stalking and technology.
The U.S. Supreme Court in  Carpenter v. United States, a case about whether police officers themselves must get a warrant to track suspects’ locations through their phones....
held that....


Carpenter v. United States. Holding: The government's acquisition of Timothy Carpenter's cell-site records from his wireless carriers was a Fourth Amendment search; the government did not obtain a warrant supported by probable cause before acquiring those records...

Attorney herein always has clients check for spy apps. Even if we can't find out exactly "who" put it on the phone, in many cases, the spouse has done it surreptitiously.  In addition, GPS trackers are being found on the cars of some spouses.  Spyware is rampant, and anyone who has "internet" on their cell phone is subject to being tracked and located.  https://www.unlockbase.com/blog/phone-hacked-heres-9-signs-know-youve-hacked/
Your phone takes forever to power up
Your battery drains way too fast
You have apps you did not even install
Your phone starts heating up way way more than normal;
phone acts erratically...
Your phone bill has weird unexpected fees/or charges
You phone is being used to access "bad" sites, possibly via VPN
Some apps are not working properly
Your social media accounts are being accessed on places you haven't
been to?
You now have pop up ads you didn't use to have
Your personal data is being leaked
Strange texts, or websites changing their appearance? 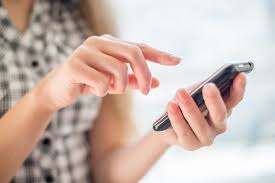 The slightly reassuring news is that it’s very difficult for someone to install stalkerware without having physical access to your phone or computer. It can’t be magically installed through the air or transported via a text message without you responding to it—modern-day OSes are too security-savvy to allow that to happen.
You might inadvertently install something you don’t want, whether stalkerware or a standard virus, by following a link in an email, so, as always, be very suspicious of links you get over email or social media. Avoid unknown senders and double-check files with known senders—particularly when sent unsolicited. Unfortunately, most stalkers out there probably won’t try this method for fear of giving the game away.

https://affordablefamilylawattorneychico.blogspot.com/
There is a lot written about reimbursements in CA family law cases, and some .... "Affordable attorney" -- for divorce, custody, restraining orders, paternity and ...

https://affordablefamilylawattorneychico.blogspot.com/
Image result for roseville divorce attorney c chan. If so, your are not alone. Nearly all marriages that end create depressing feelings/thoughts. Some litigants will ...
‎November · ‎October · ‎September · ‎August

https://affordablefamilylawattorneychico.blogspot.com/2018/10/
Oct 5, 2018 - Image result for roseville divorce attorney c chan. If so, your are not alone. Nearly all marriages that end create depressing feelings/thoughts.

Mak Sure to Hire Attorney That Understands Bankruptcy in Divorce

https://affordablefamilylawattorneychico.blogspot.com/.../make-sure-to-hire-attorney-...
It's common to hear about an ex spouse filing for bankruptcy after a divorce is over, and often the spouse will list the other spouse's attorney fees as a debt on the ...


Winning a Trial on Trial day, when You were Never Informed it was an ACTUAL trial, but only a MOTION? Hard to believe, it happened and attorney did WIN! Cross X…
4 days ago