Child Support-- Do you Need to Increase or Decrease It?? 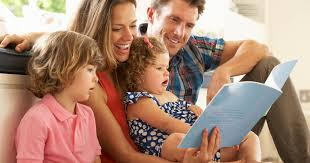 After the determination of a parent–child relationship, the next step is to calculate the appropriate    amount of child support. The formula used to calculate the appropriate amount of support is known          as the child support guidelines. California law provides guidelines to courts for setting the child        support payment amount.
Child Support guidelines are based on each parent’s net disposable monthly income and the amount of time the child is cared for by each parent. For the purpose of deciding child support payment amounts,    the court considers income from all sources, whether or not it is reported or taxed under federal law.      The guidelines came into effect as part of an effort to make the calculation less of a judgment call and more of a mathematical equation.  Examples of circumstances that can affect the calculated child support      amount include a child’s educational expenses, special needs expenses, or travel expenses for a distant parent.
The income can be in the form of money, property or services, and includes:
The court determines net disposable income for each parent by considering certain items from his or her income, including:
The court uses the net disposable income for each parent
and the percentage of time each parent spends with kids:

**If you are self employed, or have other children (not of this relationship), or have
tried to start your own business and borrowed money to do so, or if you had to quit your job
for varying reasons, or if you are re-married and the spouse loaned you separate money, or if you inherited money or won money via lotto or gambling; if you are actually married and won a large amount
in the state lotto; if you owe huge taxes and cannot pay them; if you owe real estate taxes and may lose your house; if you have credit card debt that you cannot keep up with and are losing 50% of your
pay before you even get your check; any of these situations , you should call attorney herein FIRST---before you make a big error or mistake.  Attorney has seen nearly all of the mentioned situations and some of them are quite workable if you don't do it wrong.
The DCSS calculator for California, is online at no cost; it will not be "exactly" the same as the one in Court, but it will be very close. https://gc.cse.ca.gov/ChildSupport/cse/guidelineCalculator

You may not be alone. 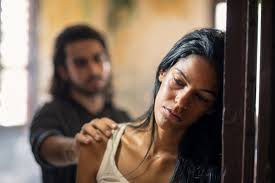 We are noticing that many of the Domestic violence TRO cases, especially if the kids or custody is involved-- are being completely tossed aside, and thrown into mediation.
Mediation is unpredictable if you get what we believe is a bad mediator, and believe us, there is at least one of those there..........you can file a complaint with the court, not saying it would work, but if enough people do it, there might be some changes.  There is definitely a good mediator there also, and we are not sure exactly how cases are assigned.

Domestic violence can either be overlooked, or handled inappropriately by judges, at least in our
experience. Considering that counsel has practiced in larger jurisdictions such as San Diego, Sacramento, etc. it basically means we know that not all mediators are created equal.

It is true that some domestic violence cases are not actually valid.

But there are many that are absolutely valid, and if (for example)

-- you have EVER obtained a criminal protective order,

be advised that when an order comes out involving CUSTODY--

it is required that the Judge state on the order or

This is the law in California.


WELL-- guess what?  We have seen a case where the Criminal Protective Order was mentioned at least over 100 (yes-- one hundred times) in the case file, and NONE of the orders EVER mentioned that there even WAS a CPO??  Only when attorney herein became involved, did any judge even seem to notice the CPO at all ---this is a travesty of justice, people !!!!

Domestic violence cases can be very tricky and even dangerous legally. There is always new case law being published on the subject, because it tends to overwhelm the case, AND children are often the losers because of bad rulings. Don't let this happen to you. Get legal help ASAP especially if your truth is being smothered by improper rulings!! See family code section 3044, which the court usually hands out prior to mediation.