Did You Post Too Much Online + Now Are Paying for It?

Find out how all that social media you are using might not be helping you? 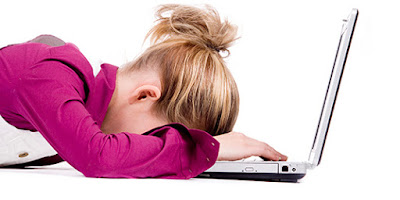 The Internet can be a great tool, but being careful with your data, photos and social media is common sense.  We have won cases because of social media, so if you have way too much overage in that
department, we suggest you read the link above to protect your privacy.

If it's too late for that, then call attorney for damage control.  Especially if it's within a family law case, this type of conduct (if it involves wrongdoing which may affect kids) can be the data that sinks you.


Results 1 - 20 of 100 - Find your Chico, CA Child Custody Attorney or Law Firm. ... The legal issues surrounding a changing family dynamic can be stressful.


At our Chico, California, law office you can get the effective representation you need and the sense of urgency you deserve. Family law and divorce attorney ..

Attorney Helps Bring Kids Back Out of Hiding!!

This case is not attorney's case, but it is quite involved, and the affected parent was struggling with
multiple counties (and orders), CPS, errant claims by other parent (all unjustified) and attorney herein got first hand account of the facts by the actual client/her attorney.  While the errant parent (in yet a different county)-- is likely guilty of contempt--- that process takes a long time, and the offending party is appointed an attorney if he/she cannot afford one, since contempt is quasi-criminal.

Attorney herein was present when judge told offending party the rules for being appointed an attorney.  In meantime, attorney herein helped the client's attorney to devise a concise but correct summary of what was required to get an order for RETURN of the children with police assistance.

The order requested was to get return of the kids ASAP with police assist. That order was granted, PLUS, judge also ordered that the offending party have NO VISITATION!!  Not even supervised!!!


....on 9/7/17, the Father produced the kids back to Butte County-- as predicted by attorney herein. 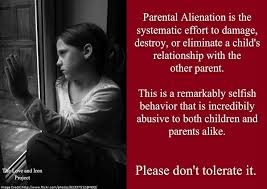 As we know, an errant parent can listen to others who may steer the parent incorrectly.  However, when the offending parent goes out on a limb and makes ridiculous choices (hiding kids, pulling kids out of school, moving kids to unknown locations, lying about the whereabouts, using fake addresses, trying to alter the appearance of the kids, medicating kids so they can't talk to other parent,etc.) then we know that this type of behavior is not only WRONG --but it amounts to parental alienation, purposely done, so that the kids believe they are helping the offending parent-- because it's right??!!

As trial attorney, attorney herein has seen many, many civil actions go sideways; many family law cases go sideways because some attorneys actually do things which are pointless (but attorney gets paid to do it)...or even useless?  In this case, the client's attorney was doing the right thing and just needed to make sure the judge would understand the pervasive nature of the offending party's actions---because we all know judges are very very busy, and ex parte orders must be concise and to the point.  It is true, there is an art to being persuasive in writing, and in speaking for sure.  Over time, an attorney can improve his or her skills, especially in the speaking area, since judge might read your documents, but not understand what you want.  However if you work on the written wording so that your words jump from the page, it will just be that much easier for judge to give you what you are asking for?

We always can't have the winning case, but as defense counsel-- we should be able to circumvent most objections. If not, then we better make sure we have a plan which foresees the obstacles, and devise how to get around them. This requires a strategy.  It takes time.

Attorney herein always has a strategy.  Losing is never part of that plan. It helps if you really know your case and what you are doing.


Winning a Trial on Trial day, when You were Never Informed it was an ACTUAL trial, but only a MOTION? Hard to believe, it happened and attorney did WIN! Cross X…
4 days ago

Attorney Working on Dispute for client with Platinum Albums


It's true, former metal band Great White has now morphed into 2 separate bands-- Great White and Jack Russell's Great White.  After federal lawsuit ended in 2013 via settlement,  there is still controversy over the tragic fire from 2003, but both groups have been busy with touring... attorney may also assist in the planned upcoming new tell all involving original singer Jack Russell's life.
As would be expected, PTSD from the fire incident wreaked havoc for many, and those scars will likely remain for many of those affected.  For those that have suffered, we encourage understanding of what life brings, which is often something we do not care for at the time.

As in family law-- we often see the worst emotional rollercoaster situations which test our human endurance limits. Many attorneys dislike family law in its entirety due to the negativity associated with the emotional terrain; it is very true, the high conflict nature of family law is certainly not for everyone. But on the flip side, if parental alienation is held to a minimum, the children that reap the benefits of your work slowly but surely build up a positive subconscious attribute for the attorney.  If you don't understand this, you likely do not practice family law.


Attorney has worked on diverse civil, family and criminal law cases, and on cases in the media (mostly animal law cases), a dispute in an entertainment law setting is different, but still

just involves looking at disputes. While entertainment law doesn't usually involve family law
issues, the fact is that disputes between agents, managers and parties or families is just more of
the same-- usually some fighting!