Your Child Wants to Live with the Other Parent?

It's common to find that children will want to live with the "other" parent in many cases.

Sometimes it's for valid reasons, but not always.  The California code does address this and even states an age, apparently believing that by that age the child has enough reasoning power to make the decision; but the child's decision is subject to the court confirming it. Meaning, it may not happen. 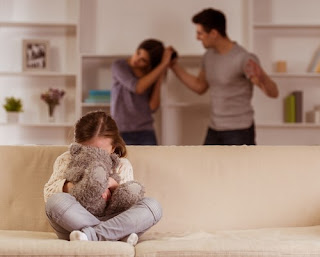 Parental alienation is fairly common in cases, often (in attorney's experience) it's the mother doing it, but not always. Sometimes a parent with narcissistic tendencies may tend to do this, see
https://www.psychologytoday.com/conditions/narcissistic-personality-disorder for information on this problem generally. The afflicted parent will continue to push the fact that the child must stay with him/her even when lacking a factual basis. Attorney has seen many cases where the parents actually share custody but fight about everything anyway. Usually that is due to a build up of resentment in the relationship for varying reasons, and the parents never (and I mean never) resolve their own issues.  Instead, they carry the resentment forward, which is not helpful.

(b) In addition to the requirements of subdivision (b) of Section 765 of the Evidence Code, the court shall control the examination of a child witness so as to protect the best interests of the child.
(c) If the child is 14 years of age or older and wishes to address the court regarding custody or visitation, the child shall be permitted to do so, unless the court determines that doing so is not in the child’s best interests. In that case, the court shall state
its reasons for that finding on the record.
(d) Nothing in this section shall be interpreted to prevent a child who is less than 14 years of age from addressing the court regarding custody or visitation, if the court determines that is appropriate pursuant to the child’s best interests
When a Court evaluates a child's choice regarding custody and visitation, the Court must listen to a child age 14 and older, UNLESS the Court determines it is not in the child's best interest do so? [When child is less than 14, the Court must first decide whether it is in the child's best interest to listen to the child..]
Courts can certainly listen to the preference of the 14+yr old child, but isn't required to cut off visitation even if the child requests it. Also, non sincere efforts by parents to do so are often seen, but not necessarily granted. Using mediation, or appointment of a custody evaluator or investigator may be required if issues of parental alienation or emotional or psychological abuse are present.  Other professionals may recommend differently if the parties have made a lifetime of being in court; in the worst cases, the children can even be placed in neither parent's care.
Custody is one of the most highly fought-over issues in many divorce cases. They can also be the most expensive. Attorney herein has found that many of the hard-fought custody cases really should have never been needed.
But parents sometimes find that emotional scars to one parent will cause that parent to become the "enemy" and then the battle doesn't stop. Unless the actual facts support harm to the child, it is often the attorney that has the better common sense argument who will win out. As for the child, he/she might get lucky.

If You are Concerned re the Online Sites aimed at Kids, COPPA-- Privacy Protection

Many parents don't have a clue what their kids are doing with their cellphones, and younger children would not know better regardless.

California has been actively trying to ensure that companies are not taking advantage of children, perhaps since most parents these days don't teach their kids how to tell time, write in cursive, or how to work a record player?  So many younger kids are simply left to play with cellphones or gadgets that get them online, and no one is checking to see what they are doing. 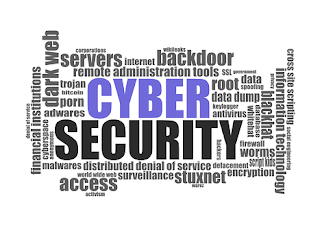 Parents should be diligent with all computer type products which can easily aim their actions at children.
There are plenty of programs that can squelch programs that are not fit for young children.

And just as a personal opinion, attorney would never advise to buy any product that might monitor your house and record what you are saying. That sounds highly dangerous especially if it's being done and you don't even realize it.
THESE DAYS, PEOPLE THINK NOTHING OF PUTTING UP
HIDDEN CAMERAS!
In fact, it sounds like the beginning of a bad DV (domestic violence) case! 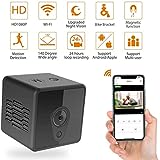 Which gives rise to this data-- do your own research carefully!

Why Pay to Settle When You can Win?

In the above post from another blog site done in the past, I clearly explain how some cases get "settled" due to family pressure and a very unethical/mean spouse who simply took advantage of the other spouse. I personally will never, ever represent a client into doing that which was done in the specific case detailed, because it is inherently wrong, unfair, and not ethical in my opinion. I had the client fire me because I would not engage in a division which was in my opinion, basically illegal.

If you read the link, you will understand there is a HUGE, HUGE-- difference in the way attorneys handle their clients. I do not believe it is ethical to allow a client to engage in what was done (but the next attorney  was gung ho to settle the case with the poor client as the definitive loser overall financially? That won't happen on my watch.)

Any spouse making $27k/year while other spouse is at $80k a year, should not be bailing out of the marriage and taking nothing, especially when the $80k/year spouse had over $100k of debt accrued without the spouse even knowing about it? That forced the family into bankruptcy.  Attorney herein will definitely litigate on most issues and maybe even settle cases, BUT will not allow a client such as in this case, to lose almost everything, because it is inherently wrong. It's true, attorneys are allowed to let clients hang themselves if they choose to do so financially--but when this type of situation happens, attorney will not do anything of the sort. I will choose to be fired because I do not believe it is a good practice to allow clients on their own accord, while under huge pressure, to cave in and then regret it later.  And I am certain this client will regret it later.