Did You try and Do Your Spousal Support Hearing... by Yourself? 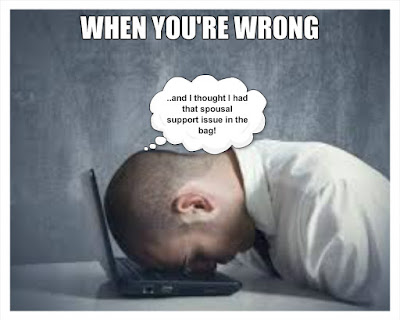 If you DID try to do this alone, and you had no idea how it would work, it would not be uncommon to find that people would not know what to do.  Many people believe they can outsmart the ex and devise all kinds of theories on how to get it done.  In attorney's experience, it usually does not work and will come back to haunt the person who did it.

Modification of spousal support is often a difficult issue because it can involve many factors. When the client has not adequately prepared for these, (and most clients haven't because they likely don't know what they are nor do they know what judges are likely to do), we have seen some clients get burned and not be able to recover.  For example, we have seen a case where the parties only were really married for four years but one party's attorney--the paying party's attorney--told the client she had to stick with 9 years, even though they didn't live together for 9 years. Actually, not living together is only part of the equation, as clients can be married and be separated physically. However if the relationship is broken down and one party simply pays the other party to survive, it could be argued that this was spousal support even if it wasn't ordered. If that could be true, then that paying party has been paying for years on that--there should be some credit for that, if the relationship was over and the parties dated others?

That's just one example. Surely there must be many more on this type of issue. Don't make a big mistake to save a few thousand and then get caught later for MANY thousands due to a mistake. A big one at that.