HUGE ISSUE IN REAL ESTATE IF YOUR SEPARATE PROPERTY HOUSE IS UNDER WATER..............NEVER, NEVER, NEVER LET THIS HAPPEN TO YOU!!

If you have any issue in divorce,  involving a property like a house, which is under water, absolutely do NOT let any officer of the court (Judge, commissioner,etc.) GIVE your house to the other party if you paid big cash down--- unless you don't want the house at all....ever.   Get help fast from a family law attorney who has handled these cases as it appears that some in Butte County don't understand how to handle this. 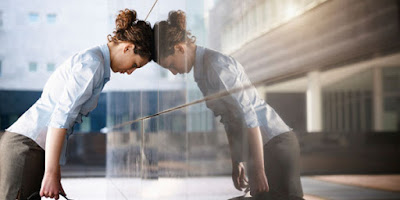 There is a lot written about reimbursements in CA family law cases, and some very messy litigation in the published cases. Typically, a CA FC2640 reimbursement http://codes.findlaw.com/ca/family-code/fam-sect-2640.html
arises when spouses  to the dissolution have spent their separate property money and then went in/out and out/in and changed things such that it's difficult to say who owned what, when, where, and how?

In some instances, each party claims reimbursement. Also note that reimbursement is not automatic if there are issues involving prior marriage, prior title changes, prior refinancing, or any changes to title, or removing people from title.  Further, evidence of someone writing a check for improvements, for example,  is generally not sufficient at all to prove tracing of payments, especially if the one paying had multiple accounts, commingled accounts, and was married, divorced, remarried, and then divorced again.

When a property is now "under water" meaning little to no equity, but one spouse had paid hard CASH and bought the property with $150,000 cash down---should that property (with no equity) just be given to the OTHER party?

The correct answer is usually NO.
But much of the published cases have divorces where there are other items and property so the Court can try and apportion the division.

Family Code 2640 has a provision (b) which says at the end,.."the amount reimbursed shall be without interest or adjustment for change in monetary values and may not exceed the net value of the property at the time of the division."

Would that mean --- that anyone who paid cash for an asset in their name alone, where the asset was currently worth less than they paid at divorce trial (think CA 2007-to the rock bottom of real estate sales/foreclosures) --  that this means Judge should just give the asset (a house) away to the other spouse whose name was NEVER even on the house, it was not held in joint tenancy, there was no change to the title ever during the marriage, and the other spouse didn't even work to boot--the one that was GIVEN the house???  HELL NO!!!!!!
There is no way in the world that using the phrase in (b) above should cause one party's traceable asset to simply be GIVEN AWAY to the other person.
Family law specialist attorneys usually know this, however, NOT every commissioner or non family law judge, or even a new Family law judge, would necessarily KNOW this?!!

The division should be close to equal BUT when title was clearly held only in one name and there is no equity,  the person who owned the house should have been given the house (that party could re-finance or use a government program to change the mortgage!!)

A huge error like this where the FC2640 reimbursement was not possible due to no equity--but yet the Judge gave that very property to the spouse---this is an abuse of discretion TOTALLY!!!!

We aren't kidding here--there is an officer -- correction- WAS an Officer of the Court in Butte County at that time, and he  simply gave away the house to the person that wasn't on title and was on disability and couldn't afford to pay for the house anyway?
And the person who OWNED the house had the separate property simply TAKEN from her?  and given to the other spouse???? This case had distinct grounds for appeal but the client chose NOT to do it. Had it been done, the client would be doing quite well now as the appreciation of the property would have been significant.

Never in a million years should this ever, ever, ever happen. Never. Especially when the documents for trial clearly indicated that such property was a separate property belonging to the spouse that put the cash down.

This is a BIG warning to family law litigants that are pro se-- if you have ANY separate property that has any value, even if under water, get help right away!!