Winning v. Settling ... What is the Difference?

In family law, it's often stated there are no winners?

...  HOWEVER when it is YOUR case in family law, do you WANT to be the loser?

Therefore it makes sense that "settling" a case involves some concessions, right? Well, conceding something that is not important, doesn't amount to much simply because it doesn't matter so much. So we are left with either wanting to win something key, and important in most cases?


Attorney herein doesn't believe that any parent should just give up on something
important, if in fact it is rationale and not errant, unproductive, or just plain crazy.

Winning rationally is not problematic.

What is problematic is when entrenched parents simply insist on something that is not key, or they are very selfish and small minded, or they are possibly narcissistic and possibly bi polar.

In the last case, if either parent has mental issues [which is more common that you know] involving anxiety, OCD and the like, we will find issues that may not be actual issues, but will appear to the parent focusing on "it", to be an issue that expands or blows up out of control. Winning at all costs is not usually what should be done..in cases like these.

High conflict cases are usually entrenched parents
that have issues of their own,
OR they had issues before,
OR they make mountains out of molehills
until it is way, way, way out of control... 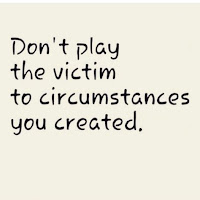 Parents that spend $25k or $125k on obtaining custody may or may not be justified. Some parents are only fighting over custody to save money in support, but others may be doing it to gain a "one up" on the other parent.

And some attorneys will keep the case going because the fighting is paying them more money, and attorney herein has seen other attorneys file MANY meritless motions simply to apparently get paid more, and instead of explaining to their client the truth, the attorney gets paid and the client doesn't get any relief obviously.  How does attorney know this?  Because attorney herein has witnessed it, it's that simple.

Attorney's goal is  to get the client what the client deserves and each case is different.