Of many of the things that people hate--one of the worse complaints seen, is when someone has to pay spousal support to someone they don't like anymore? It's not like we don't get it, I believe everyone understands it, but no one likes it. If someone is really worried about ever paying such support, it is best to never get married, or to have a prenup that will do away with it to start with. I am actually surprised that the spousal support laws are still in existence, because back in the day when women didn't work has been gone for quite some time. Anyone who doesn't have to work is usually either very wealthy or just plain lazy. Of course some people may be disabled and can't work. Nevertheless, the spousal support rules are still in place. Under certain conditions, such as if a divorced person decides to shack up with a new boyfriend, then this might stop the ability to obtain further spousal. However there are very few conditions which stop spousal support generally. 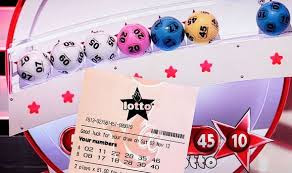 Most people getting married never think of such topics, however since about half of all marriages end up in divorce, one would think that some planning should be done just in case. How Does the Court Determine Spousal Support? Spousal support is gender-neutral, meaning either spouse can request it from the other. However, the hallmark rule in any spousal support case is that the requesting spouse needs the support, and the other can provide it.

If you can't pass this basic test, the court may not award any support in some cases. And in some cases, if you are convicted of domestic violence, the court may decide that you are not exactly worthy to even receive spousal support in some cases--this is an interesting area of law in California, and is too involved to discuss fully on this blog. (If this happens to you in reality, run to the best attorney you can find!) For temporary support requests, the court will gather financial information from each spouse, including information about income, expenses, assets, and debts and then determine an amount using a temporary support calculator. Spousal support in California-- generally--- the court will determine each spouse's income and evaluate the following typical factors to determine a final amount for spousal support, usually there are about 14 factors, give or take..... =============================================================================== The parties' earning capacity, the extent to which the supported spouse contributed to the other's educational degree or professional license during the marriage; the paying spouse's ability to pay spousal support, considering earning capacity, earned and unearned income, assets, and standard of living; each spouse's needs, based on the marital standard of living each spouse's debts and assets, including separate property, the length of the marriage, the supported spouse's ability to become employed without interfering with the care of the parties' minor children, each party's age and health, whether there is a documented history of domestic violence against either party or the children, tax consequences to each party, the balance of hardships to each party, the goal that the recipient spouse will be self-supporting within a reasonable period of time, any criminal conviction of an abusive spouse, and any other factors that the court wishes to consider (CA FAM §4320.). 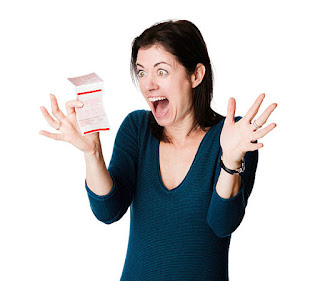 These cases can become quite interesting as there will always be cases that have some different and key attributes that may either impinge on one party, or create a windfall type of scenario to another party. For example, in the unlikely scenario that one divorces and then wins a huge lotto amount-- let's say $500,000--this could really be a detriment to the paying spouse!!!

A difficult example might be where one was gifted money from a family member, it was not earned income, it was a gift--then you take the gift money and win $50k--would the $50k winnings be counted as "income" during the marriage, and would you have to give up and disclose all of it? That would likely be the question... It is a well known fact that a lady in California actually DID win a huge lotto, but she was still married to the husband, and when she won the lotto, she just divorced him but never admitted or disclosed that she won the lotto. The ex husband accidentally found out down the road, and he re-opened the divorce because she won the lotto while still married? You see what I mean? Because she did NOT ever disclose that fact, the court made her give up the entire amount to the ex husband!!!!!!