Getting Divorced and Being Smart..is Bitcoin Involved?

Many married spouses are clueless as to what their other half does with their paycheck or other income, and simply do not know what the other spouse does with extra funds or money. One of the newer topics in this realm is the craze on Bitcoin, and mining for same. Bitcoin regulation in attorney's opinion, is somewhat specious, as one of the main brokers in now in the Cayman Islands, and the Courts in the USA generally do not have jurisdiction over the Cayman islands. Because of that, it would be difficult or impossible for a court in California to assert jurisdiction over an account located in the Caymans. Therefore, if your spouse has Bitcoin...., which is lodged in the Caymans, your chances of recovery by using a court, are somewhat dim.* As mentioned prior on a different post, Bitcoin, covid 19 and other new scenarios are creating havoc everywhere. The world is completely different than say 5 years ago, when we knew how to divide "property." Although new computer forensics can always be used, I do believe (and it's only my belief--) that if YOU are diligent with the computers in your home, it would be possible to find out how much Bitcoin (or at least some data on the transaction) was involved. If no one bothers to do this, many, many spouses will be divested of the community right to have the community property split properly.

ALSO........ https://www.cmswire.com/information-management/why-incognito-browsing-data-is-not-really-incognito-at-all/ Google is in the legal firing line again. This time it will be forced to explain in court what exactly Incognito mode is after a group of people took the company to court because they claim that when a user opts for the Chrome browser’s Incognito mode, Google continues to track user activity. The class action, which was initially launched last July alleges that Google is in violation of wiretapping and privacy laws. Google Incognito Mode The claimants, who are suing for at least $5 billion in damages, claim that Google is surreptitiously collecting information about what people view online and where they browse. The complaint, which was filed in the federal court in San Jose, Calif., says that Google gathers data through Google Analytics, Google Ad Manager and other applications and website plug-ins, including smartphone apps, regardless of whether users click on Google-supported ads. 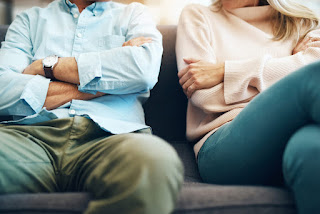 According to reports in the financial news service Bloomberg (subscription required) Google asked the courts to dismiss the case when it was first filed. However, U.S. District Judge Lucy Koh, ruled recently that Google has a case to answer and the case will go ahead. The ruling states that Google does not notify users that Google engages in the alleged data collection.

Because of these types of problems, attorney has access to people who have extremely high credentials in computer forensics, design and security who can likely help a person set up a competent system on your personal computer in order to retrieve the data that would prove what is needed. For that matter, it might also prove other things such as child porn, spying on you, and illegal other actions. Let's not forget that spouses may go to great lengths to wreck a former spouse--attorney is well aware of this, and it often happens in Bay Area larger cities. *(However, *maybe* you can at least prove it existed and then you would have to figure out how to assert any rights that existed during marriage-that doesn't mean you can't say you owned half, if in fact you could prove it IMHO..I could be mistaken but I'm putting it out there..)