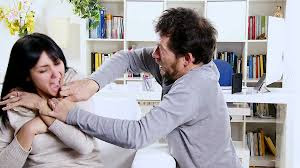 *Attorney has access to experts in most technology
issues, including tracing, cell phone technology issues
and improper or illegal spying on cell phones, computers and the like. It should be noted that although attorney does file domestic violence TRO cases, attorney also defends people who are accused of DV. Some DV cases are valid but certainly not all of them...
Attorney usually ends up representing the person being sued, but that's probably due to the fact that those who have to defend themselves from lies and misrepresentation will need a very strong defense attorney, and therefor seek out someone who is not afraid to fight for them.
=========================================
In a 2015 survey of victim service providers, 97 percent of programs reported that their clients experienced harassment, monitoring, and threats by abusers through the misuse of technology.

Technology misuse can include tracking devices to monitor where you go (such as putting an app on your phone to track where your phone is); listening in on your conversations; monitoring your activity on your cell phone, tablet or computer; using technology to impersonate someone; and sending harassing or threatening messages via text, email, etc.