I cannot overemphasize the potential damage that Facebook provides and where most people simply buy right into the crap mainly because they aren't very bright, or could be just plain dumb? Hopefully if you are actually trying to litigate a family law case, you have managed to shut down your Facebook to almost nothing. The preferred tactic is to not be on Facebook at all. IF you absolutely must have it to begin with,there should not be personal data that could be used against you on there if you are smart, since obviously it will be used against you and judges don't care that you were that dumb? For that matter, FB is in court all the time now and it's just a matter of time before they find something legally on FB and then they will start to lose some money (not that it would bankrupt them, that will never happen because there's too many dumb people out there who can't live without FB?! Not to mention the advertising!) Below is problematic because even the government can't stop FB from what it looks like--- at least not in the way they attempted to do it....... 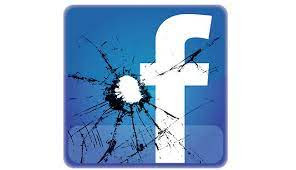 The FTC and a big group of states filed separate lawsuits last year that accused Facebook of breaking antitrust law to keep smaller competitors at bay by snapping up rivals, such as Instagram for $1 billion and WhatsApp for $19 billion. JUDGE FINDS FLAWS IN MARKET SHARE CLAIM The federal government and states filed a total of five lawsuits against Facebook and Alphabet Inc's (GOOGL.O) Google last year following bipartisan outrage over their social media clout in the economy and the political sphere. The judge said that the FTC did not adequately support its assertion that Facebook has more than 60% of the market. But Boasberg said the agency could potentially fix the issue in a refiling. The judge also criticized portions of the FTC's case regarding its refusal to allow interoperability permissions with competing apps. Republican Senator Josh Hawley criticized the court's decision on the FTC lawsuit as "deeply disappointing." Reporting by Diane Bartz