Can You Lose Custody Due to Bipolar,Drugs, Arrests, Domestic Violence, or Even Lies??

It is potentially possible that one parent can poison the relationship between a parent and child to extent that the Court might have to award the other child to the other parent to prevent the same parental alienation from happening?

Family Code 3042 goes over a child's preference of where to live (one parent or another) and generally,  gender, race, religion, sexual orientation or handicap supposedly are irrelevant to custody of children. If this was your partner being arrested, consider the difficulty at trial as to whether or not it would make a difference to your case? 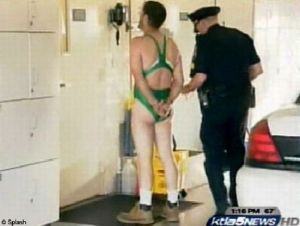 So when your mediation results in a recommendation you do not like or want, did the mediator make informed decisions or did he or she ignore you and just listen to the other parent? It is very common to find out after the mediation that neither parent really understood what happened in the mediation itself. Not all mediators do the actual mediations exactly alike.

Attorney has found that many clients do not do well in mediation because they do not understand why they need to even go to mediation. Then they just blurt out anything they want to, may express high anger or no patience, and basically do not present well to the person that will decide their fate with the kids?

When considering whether one can lose custody to any of the named things listed in the title for this post, attorney has indeed seen parents lose custody for those things, in combination with many other things, most of which were negative. Negative things (smoking inside, falling asleep drunk, letting kids wander alone outside in front yard, giving kids alcohol or drugs, leaving kids alone home, allowing large animals with kids unsupervised, putting older kids in charge of younger kids while older kid is playing video games entire time, letting kids be truant, failing to take kids to doctor, ignoring kids' homework, etc.)

The reason that gender, race, religion and sexual orientation or handicap are not relevant to custody is because those items are already under Federal law protections, so it would be discriminatory. Note however, that if a parent was trying to get away with something by claiming it fell under one of those categories but in reality, it did NOT, that would be a different story.)

If you are facing mediation and need help, contact attorney.

Attorney is a well spoken advocate for clients, and has argued many cases successfully, both in Southern CA and Northern CA courts, CA Federal Courts, Denver Federal Court and Federal Bankruptcy courts. In some cases, family law IS similar to animal law, there are big battles to be fought! Attorney just prevailed in obtaining sole legal and physical custody locally,even tho the client had formerly had a DV TRO filed on him; it was an unusual case; in another case, a Petitioner filed a DV TRO; then after attorney herein was forced to contest everything repeatedly for failure of opposing party to follow the evidence rules+had to continue case three times,the DV was dropped and parties agreed on custody?Attorney has much experience as defense counsel, which is very helpful in family law cases.
Attorney prevailed on an illegal animal seizure law case in Hollywood, CA, which is VERY uncommon [there is currently a similar federal case in Eastern District Federal Court, Sacramento, right now..but using a different legal theory]
Attorney has also prevailed in a wrongful sexual harassment charge, with the case being historically listed (published) with the State Personnel Board of CA. Attorney has defended a CA state lobbyist against false charges in Los Angeles and prevailed; we won against PGE for illegally shutting off power after a bankruptcy was filed; client won both a DV TRO/custody of her two pets after the Respondent filed a Replevin action to take the animals, even though he lived about 3,000 miles from CA? and he had been convicted of a DV case in another state, prior.....Just saying.....

Paralegal services, attorney supervised.
2020 will bring affordable costs for those who
are not rich but still need help! Our services are only
available in Northern California.
https://www.courts.ca.gov/documents/selfreplitsrept.pdf
The link above demonstrates California Courts' study on the numbers of self represented litigants, especially in family law, which is at least 75% or higher, in most CA courts...and just about every question you may have never thought about in regard to how difficult it is to represent "yourself" in court by doing all your paperwork yourself.
MAVERICK PARALEGAL SOLANO COUNTY
https://maverickparalegalsolanocounty.blogspot.com/

Attorney can usually speak to new clients
fairly quickly..if you are searching to hire an
attorney, no worries! We do a conflict
check first/go from there. Call today!
Most initial consults will be a problem or
issue determination to start with.